High quality wines that communicate history and innovation. An international red “Merlot” with wooden vinification for the most attentive palates, and a native white “Grillo” ambassador of Sicily in the world. 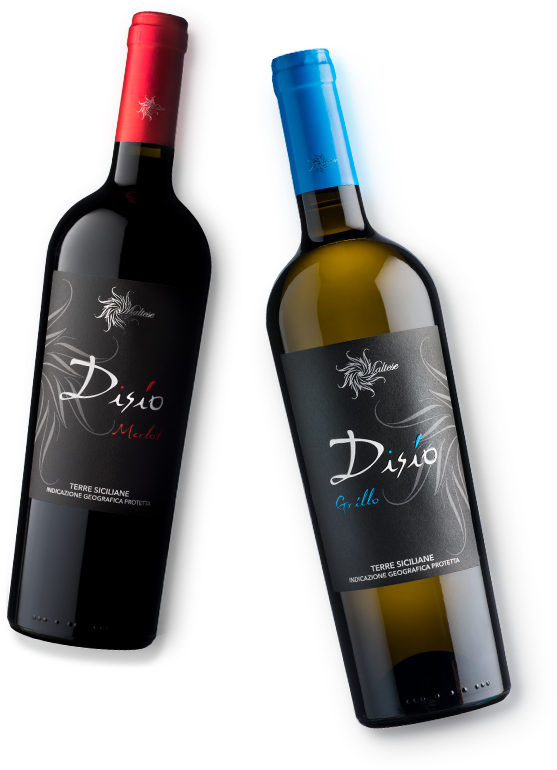 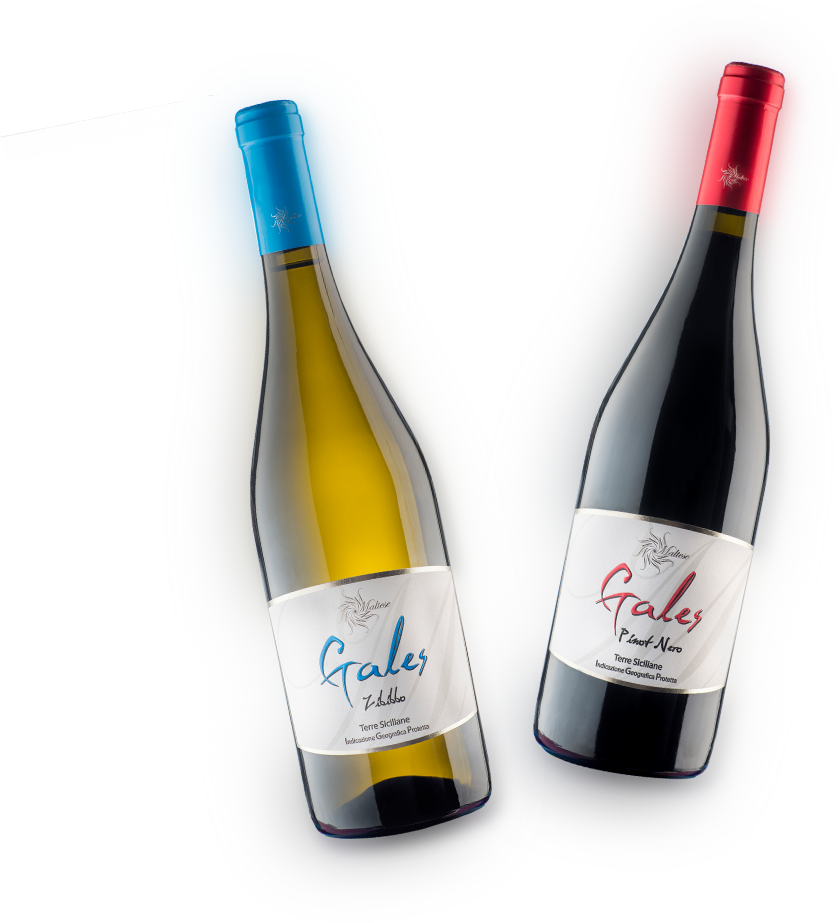 Original expression of the territory with the “Zibibbo”, pure and singular native wine. An international with particular characteristics linked to the territory of western Sicily, the “Pinot Noir”.

Farmers from four generations. Tenacious supporters of our land, of its wealth and of what it represents and above all of what it will represent in the future for the world of wine. We cultivate our estate with sweat and with dedicated attention in the innovation of modern cultivation processes while maintaining an ancient philosophy.

We value the native grapes through a meticulous and careful vinification, to get the best from the products of our land. We take care of every single bottle, starting from the transformation of the grape into wine until its refinement, to find in every drop of its products all the love for a fertile and promising territory. Just like it happened a century years ago.

The company is located in the hills of Alcamo, a territory between Trapani and Palermo in western Sicily. Alcamo has a very ancient agricultural vocation, is the home to the Regional Enoteca of Western Sicily and one of the main Sicilian centers for the production of wines. In 1972 d’Alcamo was awarded the D.O.C. which recently has also been extended to red, rosé and sparkling wines.

The territory of the Alcamo D.O.C., strongly characterized by the extraordinary geometry of the “espalier or awning” vineyards, is one of the most renowned territories in Italy for the production of wines.

The farm covers approximately 6 hectares, of which 40 in viticulture and 20 in olive growing. White and black grapes are produced with characteristics strictly linked to the territory such as: Grillo, Catarratto, Zibibbo and Nero d’Avola. Over the years an international philosophy has not excluded new crops and therefore has welcomed new varieties, such as: Syrah, Merlot, Cabernet Sauvignon and Pinot Noir.

Any cookies that may not be particularly necessary for the website to function and is used specifically to collect user personal data via analytics, ads, other embedded contents are termed as non-necessary cookies. It is mandatory to procure user consent prior to running these cookies on your website.